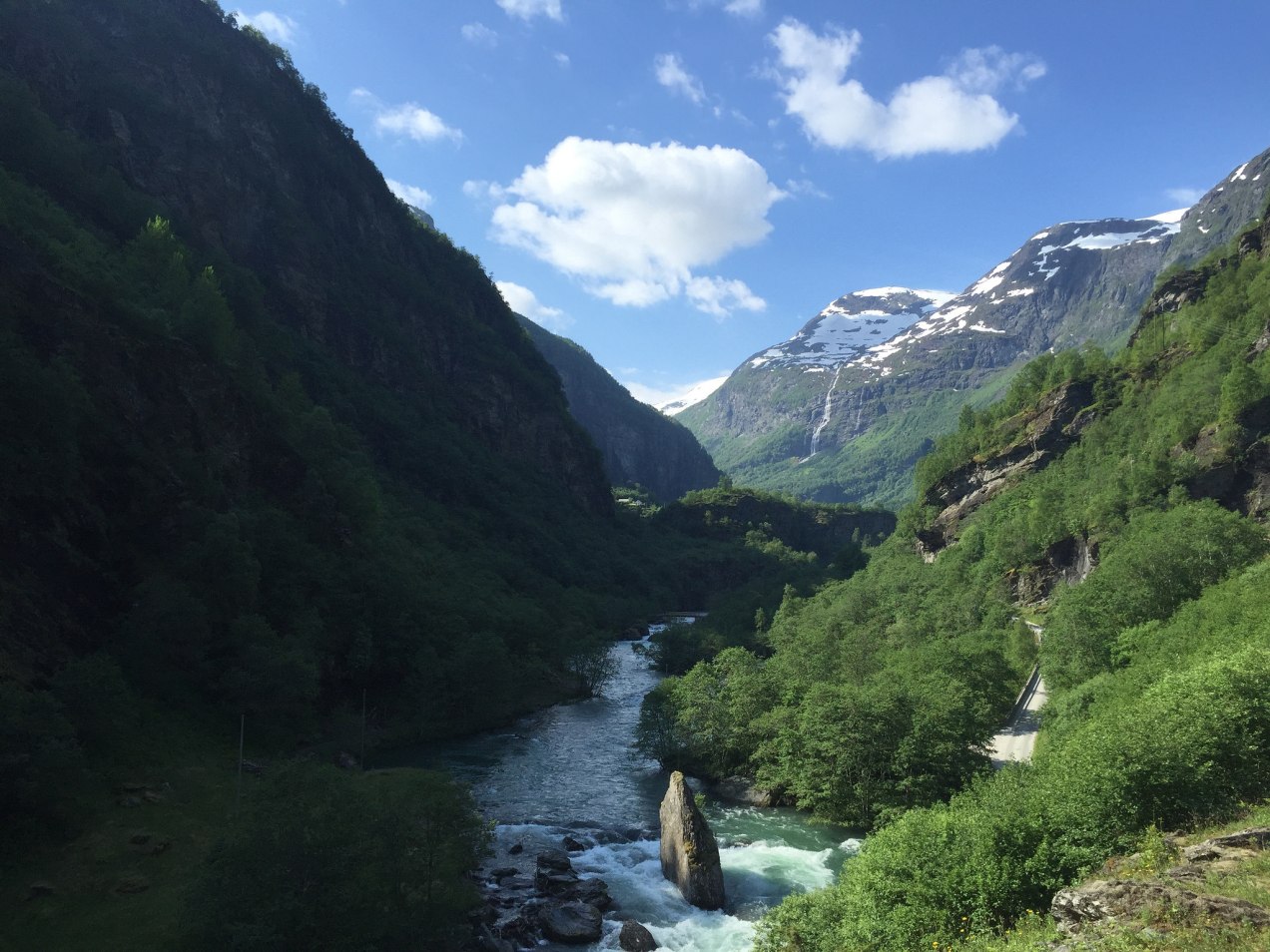 I’m actually in Split, Croatia at the moment, but I’ve just finished with a week in Norway! I spent three days in Oslo, then a day touring through the fjords, and a couple of nights in Bergen before moving on to Croatia. It was a beautiful country, and I’m very glad I got to stop there for a while.

Going in, I assumed Oslo would be pretty similar to Reykjavik. Nordic, cold, small, and easy to get around. I ended up being very wrong. The city sprawls out over a few miles, and was incredibly hot while we were there! It did share ridiculously high prices with Reykjavik, so at least that was familiar. The city had a medieval castle, a few museums, and plenty of beautiful streets to keep me occupied for a few days, and I really enjoyed my time there. Perhaps most importantly, I met up with the rest of my family!

Reunited, we all went off to see the fjords for a couple of days. We took trains over to the town of Flam, and set out on a six hour boat ride along the coast towards Bergen, with absolutely beautiful views all along the way (check out my Flickr album to see more of them). On arrival, we spent a day wandering around Bergen and finally made our way down to Split, where we are now! More on that to come!

One thought on “Norway in a Week!”