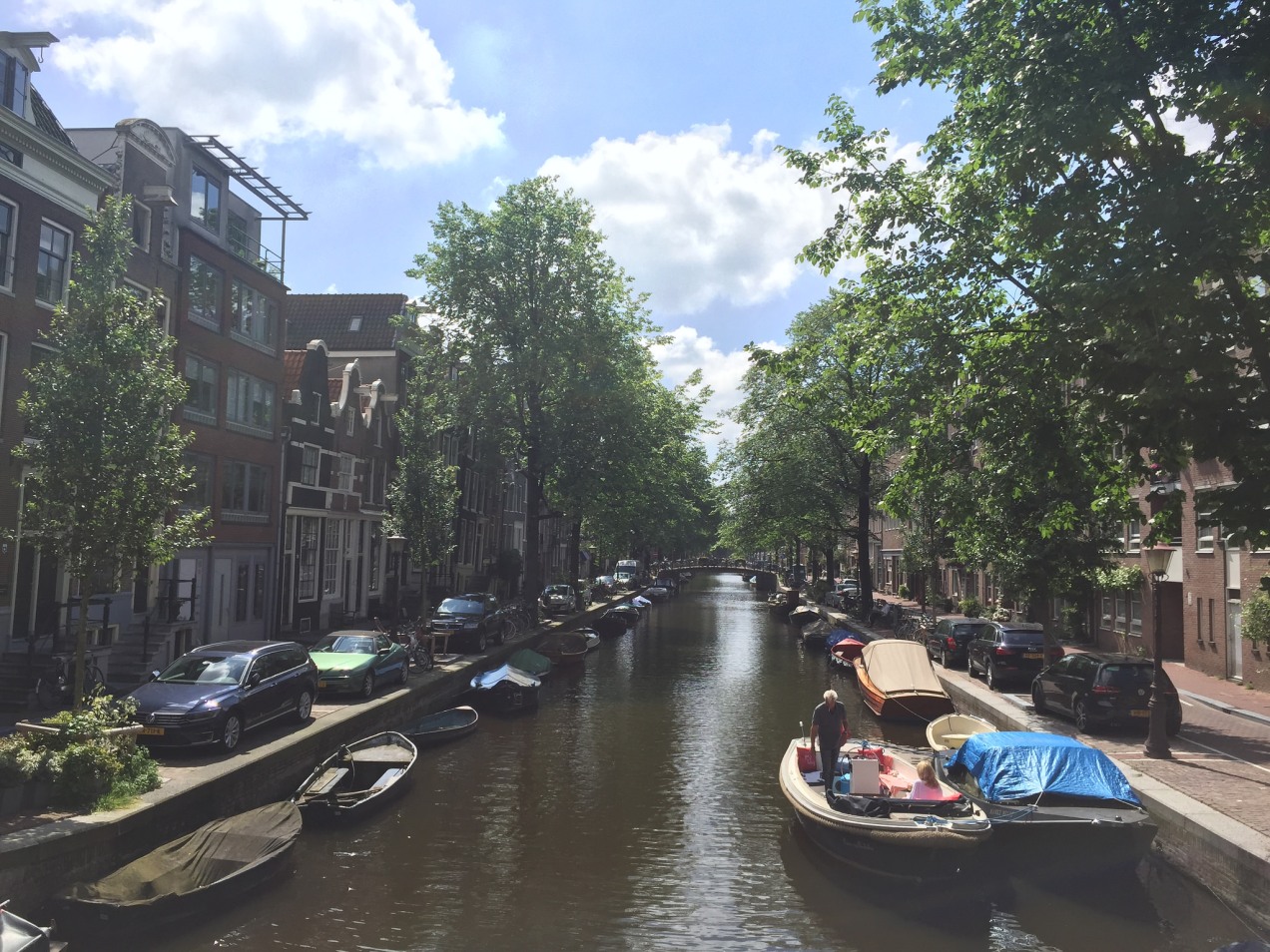 My trip is winding down and my second to last stop was here in Amsterdam! This city is absolutely beautiful and while it has earned a reputation for being a party city with an infamous red light district, it has so much more to offer for visitors. The streets lining its various canals are gorgeous, the buildings are all varying heights with different decoration and colors, some of them lean (sometimes quite significantly) forwards or sideways due to design or rotting foundation, and altogether it makes for an absolutely unique and beautiful city.

Talking to locals, most of them seem to say the same thing: they’re sick of the reputation they have for being a party city, the USA is more progressive than they are with respect to certain drugs (this could obviously be debated all day, but alright), and their city has more to be famous for than a red light district and drugs. Of course, they are all right about that, the city is beautiful and full of different interesting sights and museums. There is a Vincent Van Gogh museum that gives viewers a chance to see almost all of the famous painter’s work in one place, there is the famous hiding place of Anne Frank and her family, there are other museums in beautiful buildings, expansive parks, and the of course the gorgeous streets.

The two most memorable aspects of the city for me are the streets along the canals, and the fact that absolutely everyone bikes all over the city. There is literally a parking garage for bicycles near the main train station, and there is bike traffic at stop lights or busy intersections. The bikers are madmen (and madwomen), zipping between pedestrians and cars all over the city. It’s craziness and it’s a ton of fun to be a part of (but difficult in a big group). 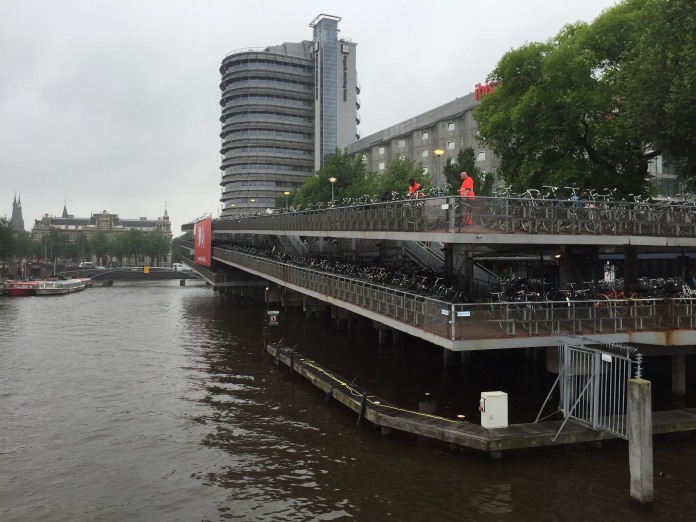 As for our time here, we went on a bike tour, visited the Anne Frank house, went to a nearby town and castle, and spent lots of time walking around and admiring the streets of Amsterdam. It was a great stop in one of my favorite cities in Europe, and now I move on to London and then home!

One thought on “Biking Around Amsterdam”