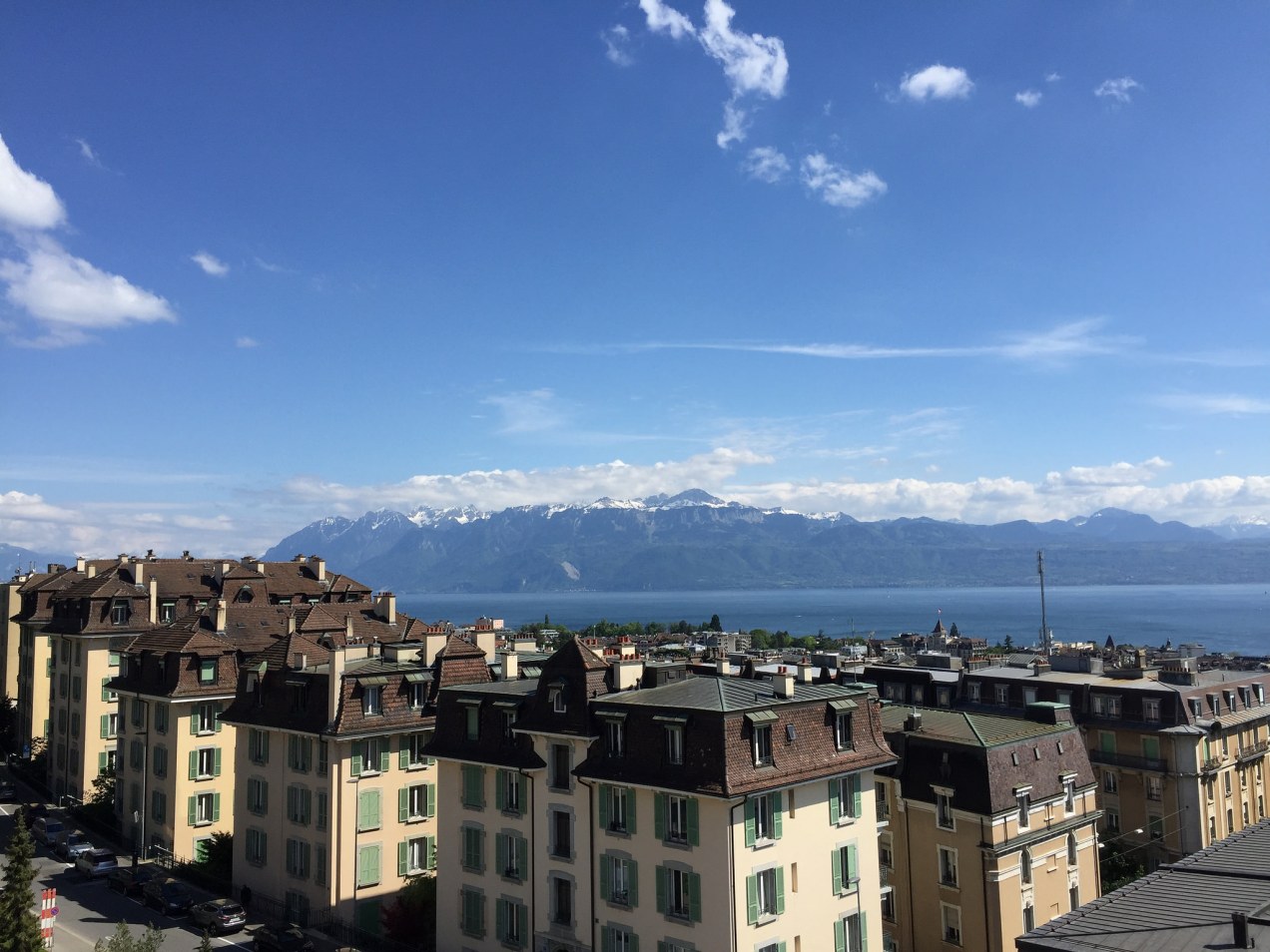 It’s been a while since I posted, but that’s not for lack of seeing new things! Lexi and I spent a few days in Geneva (and a day in the nearby town of Lausanne). It’s absurdly expensive, so we spent about a week surviving on bread and peanut butter, which was quite an experience on its own.

Overall there was quite a bit to see and do, even without being made of solid gold. We even finally got some good weather! Our first day in Geneva was spent just seeing what the town itself had to offer. We walked around the old section, investigated some churches and old museums, and saw the large jet of water that was listed as an attraction for the city, and retired early because we didn’t have the money to go out at night (a recurring theme in Geneva).

Our next day was spent on top of Mont Saleve, looking out over the city of Geneva and accidentally getting caught in a hailstorm (the bad weather managed to find us for a day). Even with the extreme cold, it was a fun day trip. The best day was the one in which we actually left Geneva altogether, off to see a nearby town of Lausanne. The town had a beautiful coast, surrounded by mountains and with views of the town built up into a hillside. We rented bikes and spent the day riding around the coast and the town (we even accidentally biked into a bike race and across the finish line, coming in at just under 15 hours for…some distance, we never found out).

Our last couple of days in Geneva were spent wandering around the city, seeing the U.N., CERN, and a few different parks and a botanical garden. The city is very nice, but prohibitively expensive for a couple of student travelers!